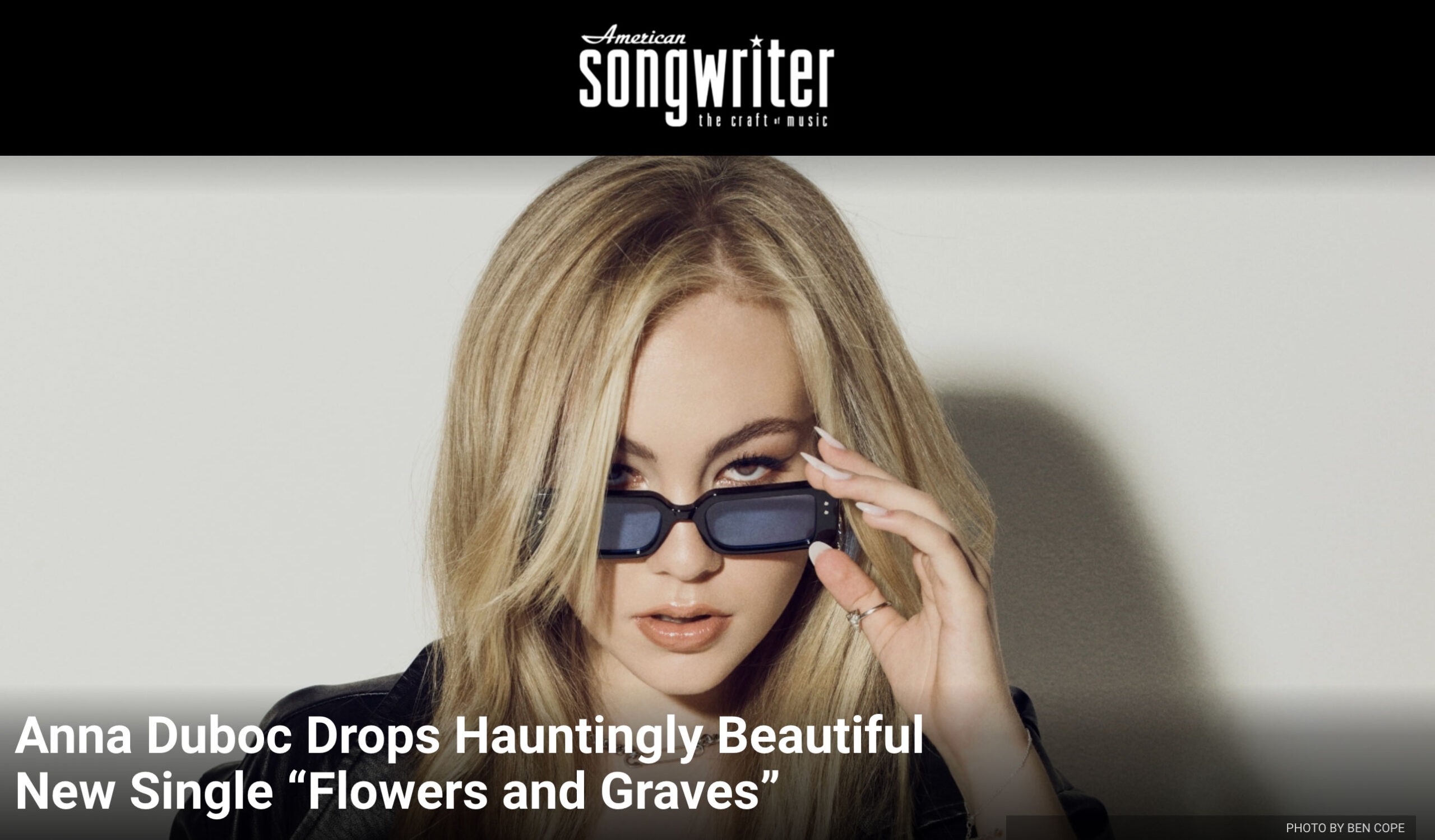 Posted at 09:35h in Press by AnnaMichelleMusic

At 14 years old, Anna Duboc sings with the self-assuredness and richness of someone twice her age. In addition to her youthfulness, Duboc has already put in the work to warrant a comparison to other young songstresses like Billie Eilish and Olivia Rodrigo. “I’ve always been in music,” Duboc tells American Songwriter. “I’ve done musicals since I was three and have been singing longer than I can remember.”

With a natural aptitude for music and the guiding hand of her mother—singer/composer Carol Duboc—Anna Duboc is leaping into the spotlight. She’s armed with her debut EP, which will be released later this year. American Songwriter recently asked the singer/songwriter about the first single, “Flowers and Graves—which dropped on July 9, featured on the upcoming record.

“‘Flowers and Graves’ was written from an image I had in my head when I was in emotional pain, and it describes what it would be like to be inside my head. Through the song, I express how I want to get out of the dark painful hole I had fallen [in] and come out happy in the end,” Duboc explains.

The track is hauntingly beautiful, and Duboc admits that it’s one of the deeper, more ethereal songs she’s penned for release. The mere entanglement of the imagery—flowers and graves—elevates the heartbreak to something mystical. To pinpoint a specific moment that embodies Duboc’s ability, the artist revealed her favorite verse from the song—Because I don’t want to die but I don’t want to cry anymore.

In addition to “Flowers and Graves,” Duboc is releasing another single on July 23. This upcoming track is more of an “indie rock-pop revenge song,” Duboc divulged. “I hope people can see from these songs that it’s ok to not be ok, other people understand at least a portion of what you’re feeling and you’re not alone. People can suck and emotions can suck and the journey of getting better is hard, but you come out ok in the end.”

Overall, we can’t wait to hear the summation of Duboc’s musical genius. The young prodigy’s forthcoming album will be one to watch for, but for now, we’ll have to crank the volume on “Flowers and Graves.”