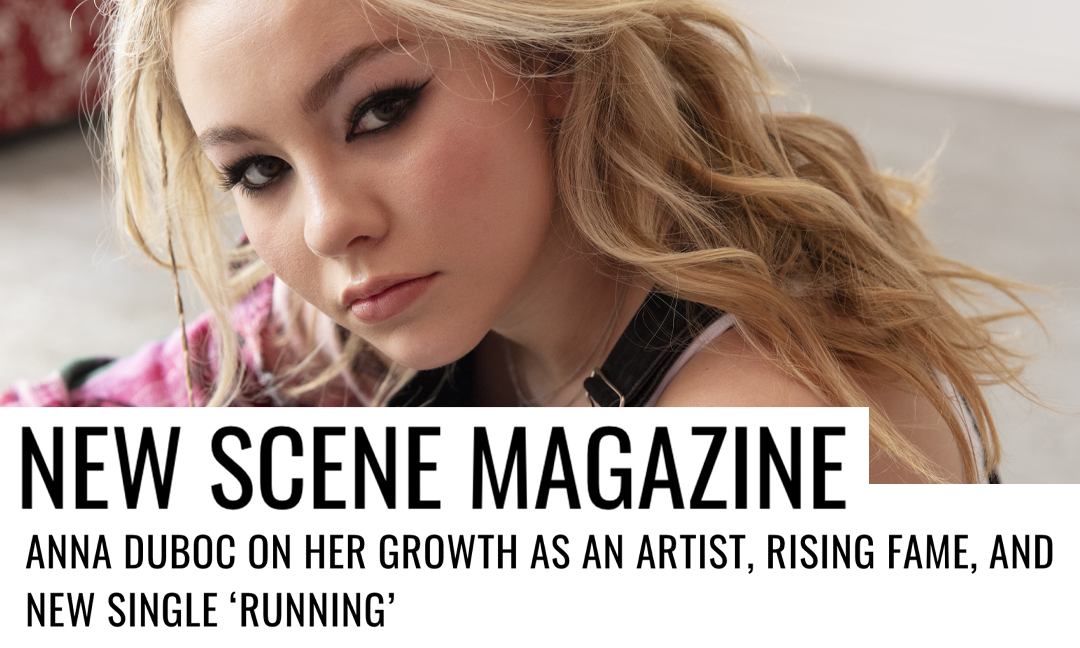 Posted at 16:15h in Press by AnnaMichelleMusic

With nearly 1 Million streams on Spotify alone, Anna Duboc. Now, the singer-songwriter is back with a new single entitled ‘Running’.

We had the amazing honor of talking to Anna about her dream collaborations, whether she will continue to pursue music, and more!

Tell us about your amazing new single ‘Running’. What is its meaning?
A: “It’s about trying to get away from your past, running from anything that could bring up past trauma.”

How do you think you’ve grown as an artist from your recording debut in 2019 to now?
A: “I think I’ve gotten better at working with others as well as exploring new ways of creating music.”

If you could collab on a song with any artist, who would it be and why?
A: “Probably Conan Gray or Lizzy McAlpine because I love their music so much and I am really inspired by them. It would be an honor to work with either one of them.”

You have received millions of streams on your music. What has been your reaction to your rising fame?
A: “I haven’t really thought about it to be honest, I guess I’ve just been going through the motions without realizing that people are actually watching me. “

What advice would you give to young girls who want to pursue a singing career?
A: “Let yourself be vulnerable and feel the music, it helps with writing and performing/recording so people can hear your emotion and become truly engaged.”

Can we expect more upcoming music from you?
A: “Absolutely, I am releasing more singles over the next few months.